Part 1 of 5 in the LED Walls series 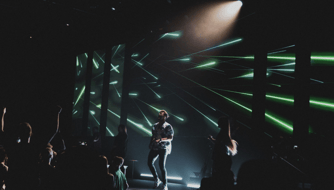 What is an LED Wall?

At its core, an LED Wall is a collection of small lights known as diodes arranged in columns and rows on panels that can be connected together and arranged to form a larger cohesive image. Since these panels can be arranged in a variety of ways, LED Walls allow for a tremendous amount of design creativity and flexibility when compared to a traditional Projector and Screen.

Components of an LED Wall

LED Walls are composed of multiple Panels. Panels are connected together by internal mounting connections on each side - top, bottom, left, right. If the LED Wall is built on the ground or a stage (known as Ground-Stacked) the bottom row is connected first, and then Panels are added up from there. If the LED Wall is suspended (known as Flown) from the ceiling or truss, the top row is connected first and then all the way down. For more info on Processors, check out this article. 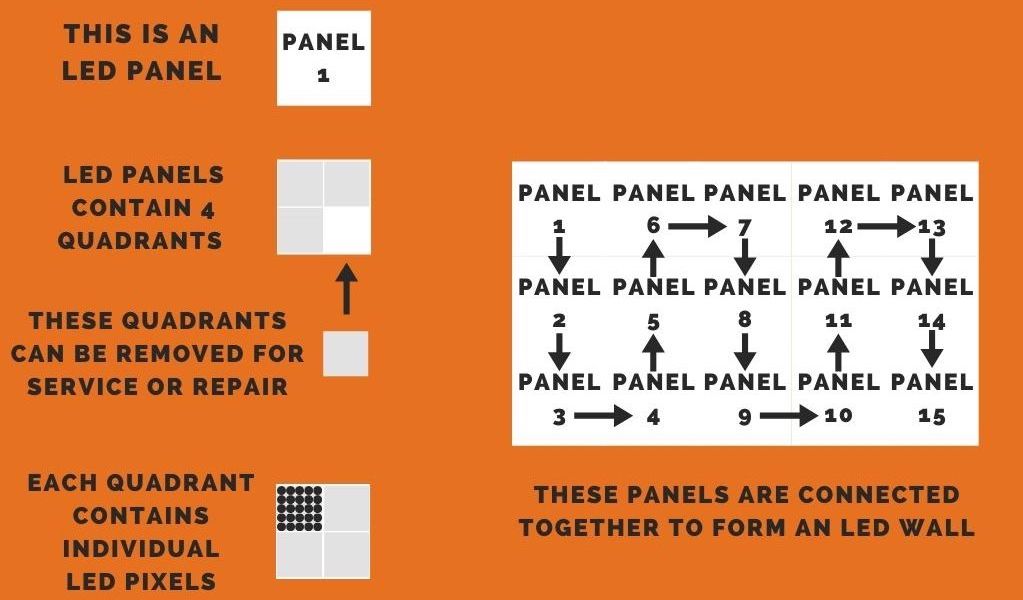 LED Walls receive a video signal from an external Processor, which receives video from sources like computers or cameras, oftentimes through a switcher. The processor assigns a “map” of how each panel is physically connected and sends the video content needed to each panel. A “Signal Flow” represents how the wiring on the back of the LED Wall is connected in order to carry a signal to each panel. 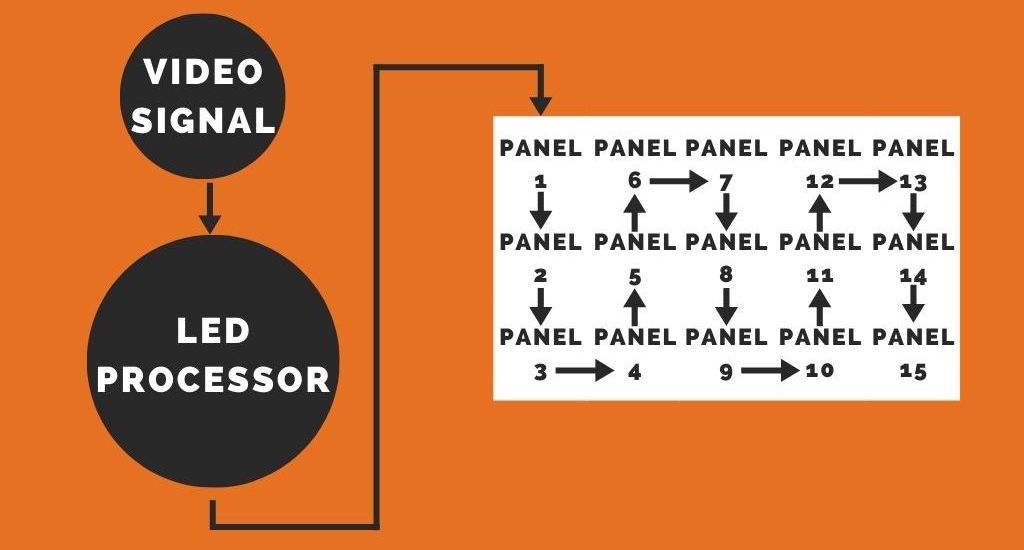 To learn more, check out the next article in the LED Wall series: LED Walls: 7 Biggest Considerations Before Purchasing an LED Wall